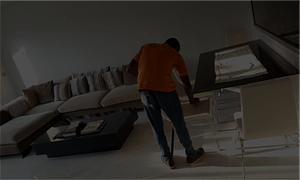 Here are some of the best places to visit when you take a trip to Nova Scotia.

The Harbour Hopper Tour is a fun, fast-paced adventure that introduces you to the best of Halifax by land and sea.

Riding on a huge amphibious vehicle, you get to tour both the streets and the water. It is a great way to quickly familiarize yourself with the city, see it from different angles and learn about its history from your tour guide.

MARITIME MUSEUM OF THE ATLANTIC

The exhibits and displays at this museum bring the maritime history of the province and the North Atlantic to life. Using photographs and personal tales of survivors, excellent multimedia exhibits record the 1917 collision of two ships in the harbor, which caused the well-known Halifax explosion.

On display are items from the Titanic found in the sea during rescue and later recovered, telling the tale of the ship and the people on board.

At over 270 years old, it is the oldest still operating farmer’s market in North America. This market is massive with a wide variety of fresh food, baked goods, crafts spirits, and others.

The Halifax Farmers’ Market was created by Royal Proclamation in June of 1750, a year after the founding of Halifax. The Governor and Council designated a site for the Market – the present-day Bank of Montreal building.

CANADIAN MUSEUM OF IMMIGRATION AT PIER 21

Nova Scotia was a major point of entry into Canada.

Pier 21 is a National Historic Site that was the gateway to Canada for one million immigrants between 1928 and 1971. It also served as the departure point for 368,000 Canadian Military personnel during the Second World War.

Here, you get to explore 400 years of immigration history and the newcomer’s contributions and impressions.

Old Town Lunenburg is one of only two urban communities in North America designated as a UNESCO World Heritage site. Seventy percent of the original colonial buildings from the 18th and 19th centuries are still there.

Lunenburg is such a picturesque town with its colorful buildings, amazing restaurants, distilleries, breweries, artisans, and unique shops that you will love to visit.

This blog has highlighted some wonderful places to visit that would make your trip to Nova Scotia adventurous and enjoyable. So go on and take an amazing, fun-filled vacation to the beautiful province of Nova Scotia.

Don’t miss another post coming through on this blog by subscribing to get notified every time the next helpful post goes up. Use the subscription option in the comment section below and follow this blog.